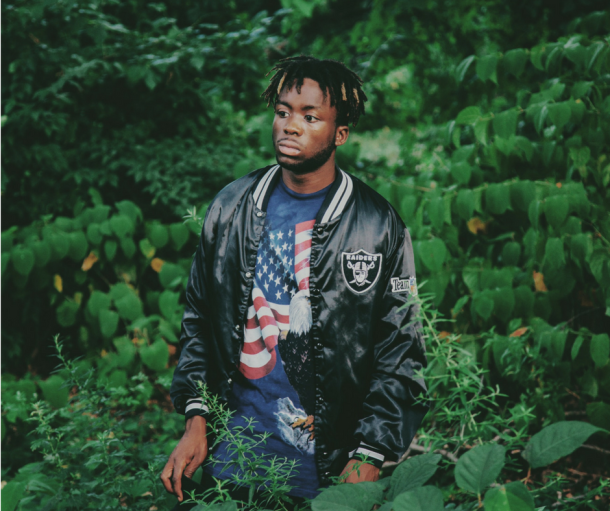 This past year and a half has been a very interesting one. As a result of mobbin’ through the New York City street’s with my best friend Jay (aka Lotso) and hitting up a plethora of music shows and venues, I began to build some amazing friendships. One of those new friends is Ohio born, Brooklyn based MC, Olu Kara. A few months ago Jay was performing a show at Baby Castles, and on the bill with him, was Olu. From the first time I’ve seen him perform, I knew he was one of the most unique upcoming rappers I’ve seen as of late. Everything from his delivery, his choice of instrumentals, even just his overall personality just screamed authentic and unapologetic. He’s not an artist that is afraid to speak his mind, nor is he an artist that is trying to sound like whoever is hot right now. Olu Kara is a musician that is 100% himself, and his authenticity is reflected in his music, which is honestly a dying trait amongst newer rappers in Hip-Hop. A few weeks ago I got to sit down with him and ask him a few questions. Welcome to a Fly Little Interview with Olu Kara.

So Olu, what made you originally want to move to New York City from Ohio?

I came to New York like a lot of artists do, for the opportunity. I’ve had a decent following on the internet for a while but living in Cincinnati, rap music is at a disadvantage. People don’t really get behind that kind of music out there, so it was always a struggle to find resources and venues that would book me. To me, there’s a scene for everyone in New York. My chances just look better out here. I’m really not getting any younger, and I want this badly. One year in, things are looking good.

That’s freaking awesome man. So I guess with that being said, can you describe how your upcoming project will sound?

I’m working on a few different projects actually. I’d like to show different sides of me through the music because it’s always been hard for me to stick to just one sound. I can say one will be darker. I’ll show you what goes on in my head and touch on some injustices I’ve always wanted to get off my chest. I’d see it as an introduction if you haven’t heard me before, and a recap if you’ve been following me and wondering what I’ve been up to since last putting out a project in 2013. The other one, I’d like to be something a bit more universal. Something that new fans can vibe to. Might be a little less personal but my goal with that one is to create theme music for your everyday life. We’ll see how those turn out.

My writing process changes a lot. Sometimes I’ll take the time to write everything out. Other times, if I’m really feeling myself, I’ll just freestyle it. For me, it’s better not to overthink. Because that shit will never be finished if I do.

What’s your favorite thing about living in Brooklyn?

Haha, I like that. Short and to the point. So knowing what you know now, how does the Cleveland music scene differ from the BK music scene?

People are closer, everyone knows everyone. I feel like out here, a lot of us are transplants. People come and go. I could never speak for the natives but that’s my perspective. One cool thing about being here is nearly everybody you meet in the scene is here for a reason. It’s easy to build work relationships and friendships because everyone’s doing similar shit as you. When I say that, I mean it’s like do or die for them. In Ohio, a lot of people are doing this shit on the side, respectably. I like being around people in the same situation as me. Like its risky to just move out here to be in this industry. There’s a bond of trust here because I know, just like me, I’m meeting people who are one finesse away from making it, or fucking it all up.
And is there anything else you would like to plug?
If I could plug anything, it’d just be my Twitter and SoundCloud handles for now. I’m still processing my project and will have more news on that soon.